Under murder, murder will come to be perpetrated.

A body, bloody and hacked to death, has been found at the end of this chapter. The mystery has begun, and will only be solved once many more bodies turn up on both sides of good and bad.

The shroud of the Moors has fallen.

Begun, the Negotiator's War, has.

My dad went to Grambling my mother went to Southern. But as a whole we've always supported Southern in the Bayou Classic. My brother attended Southern for Grad School. I was there for three years for undergrad.

UPDATE: Grambling won. Oh, well. 31-13. Turned Southern's score inside out. Of course, though, Southern won the Battle of the Bands.
Posted by J. Thomas at 4:16 PM

I have reached chapter twenty-four. That's the good news. Bad news. Have to split the contents of Chapter Twenty-Three into two chapters. But the bulk of the events have happened in Chapter twenty-three. This next chapter will be small, and a sum up done creatively to show a character's promotion through the death of another. The mystery then begins.

I actually wanted to release ACoM around this time. But, I'll settle for being 2/3rds through the book. Editing begins next week, Dec. 1st.

However, can I hammer out 150 pgs before February?

Site is finalized. Faaaaar more simple than what I had revamped it to. Too much was goin' on the pages. This, they're all of the same template. The site looks more cohesive. Basically this all came about because I wanted each title to have their own page. All the titles being on one page, plus having their synopsis was going to get crowded when more titles arrive, even more crowded when the next title arrives. There is still a 'missing' page that I want to incorporate. That page will cut down on all the written links. [As of 2:50 am, Nov 22 as I edit this post, the missing page will not be needed. I like the flow as it stands.]

Been all day on this. Now back to writing ACoM. Need to be finalizing that.

The site has a few more revamps before finalization. Just trying to consolidate genres into each section. Still love the look. Still trying to go for that magic look. There be spells conjured by this magician.

I like the new look. Badass, sun. Check us out. We all new. Bigger. Stronger. Faster.

Give a special shout out to my baby, Nekia. Damn near all the stuff in the pic is hers, 'cept the dice, tarot card, and the journal. I like the simplicity of the new site. There's no more clutter. Workin' on the ACoM commercial at the moment ...

... as well as ACoM itself. Going well. Writing well.

In case you missed it the first time. Ancient-Art-of-Facts.

I have selected music for ACoM's commercial. I have also drafted a script for the commercial. A little before ending chapter 22 I selected quotes that will flash across the screen between close shots of the cover. The commercial will probably be finished sometime before December.

I will begin to showcase character profiles and tidbits of the plot as the story comes to a written close. Editing will begin December 1st. Everything that has been written by that time will go through an extensive editing process. Myself and several other editors (three) will begin to hack at the manuscript. After the manuscript has been submitted for copyright I will reveal the cover and then put the commercial on the Ancient-Art-of-Facts site. Hopefully all of this can take place over the month of December, and January can be used for tightening everything up for a February release. Editing the book before the book is finished (chapter-by-chapter) will make this a quick process, without having to be rushed.

Round Up the Usual Suspects

Just finished chapter 22. The first part of the darker phases of the story are beginning. The next chapter I'm working on will either begin with the mystery or end with it. There are two ways to tell this story. I would like for a character to commentate on his growing relationship with another character, have all the characters take a pause. I also want a prominent character to display their skills as a leader, and expose their flaws before both come back to haunt him.

Also, the final suspect to the coming events arrives inside the story. In three more chapters I will be at the second 150 pg mark. Not even gonna try and say that I might be under the 150 mark. Most likely I'll be over. But I will be around 300 pgs for the book in a 5.5 x 8.5 format. I'll test the pagination once I get to the ending chapter. I'd then have 150 pages to tell the rest of the story. Can it be done?

And Jor-El Gave Unto the Earth His Only Begotten Son 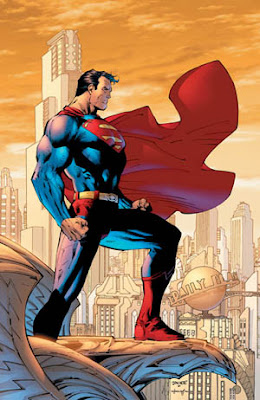 Hmmm ... a Christ figure, with a Muslim name (Kal-El), created by two Jewish guys. Who said multiculturalism was non-existent in the 30s?
Posted by J. Thomas at 12:43 PM

At the end of the day, Captain America is just a guy hopped up on steroids. Super Solider Serum? He's on the juice. Try rehab. Baseball players get snubbed. This guy gets medals. 'nuff said, true believers. Exelsior!!!!!

Simply put: I'd like to have the second 150 pgs finished by the end of November, going in to December strong with only having to write the final 150+ pages, and have most of January and Feb for edit and release. All plot points have been outlined. I know the road that needs to be traveled to get to the end of this tale. 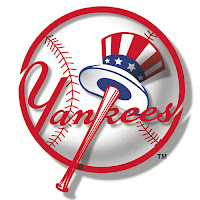 I am putting together a commercial for ACoM, which will probably debut on the Ancient-Art-of-Facts site later this month. I most likely will not make the December deadline, however (and hopefully) by December I will be finishing up the historical, epic tale. The commercial will showcase the cover and come just as the AAoF site receives its makeover. The hardest part about the commercial will be compsing music.

I have spoken with Ray Cosico and have started talks to finalize the artwork for the re-release of The Ronin Poetz. He may not be able to return to the artwork for some time. That's not a problem. I'm also editing a script for him. I haven't spoken to Tracey Wingfield for a while, but I assume she's hard at work, whether this project or her company's other projects.

One more chapter for ACoM before danger strikes for the protagonists. I had to chop chapter Twenty-One in half. The chapter is (so far) the second shortest chapter in the book, but was probably the most exhausting chapter to date. The whole chapter is from the main villain's point of view as he sizes up the protaginists. There is also very little dialogue. Some in the beginning, some in the end. That's all. Took me a while to get to Twenty-Two, but I'm on it.