Busy. The new book is nearing the hundred page mark. I’ve been on and off in the writing, dealing with other projects, and planning a move back to New York. I’m hoping that the first story arc in the book does not run over 150 pages. I want the story to clock in at 450 pgs, plus or minus. That’s not including opening and closing pages. Also, the page count, for the printer, must be divisible by 4. I’d also like the freedom of 300 pgs to tell the rest of the story, which (knock on wood), I don’t believe will take long (knock on wood again). This, of course, is for the book to have 8.5 x 5.5 dimensions. I’m not fond of a 9 x 6, but if it’s necessary, I’ll make that the book’s dimensions.

The Chosen Publishing is celebrating the 9th anniversary of The Ronin Poetz completion. It was nine years ago, this month, that I finished the epic poem. There were so many releases, mainstream and underground, that we decided to honor the date of the story’s finish, which even pre-dates partnering The Chosen Publishing … but only by 8 months. The work, on my end, for putting together the hardcover’s interior is finished. Now we’re planning a commercial for television and radio. I’ve scripted the t.v. spot, there just needs to be two things filmed and then some music added. The filming will not only be the hardest part, but will not be used for that much footage. We only got 30 seconds here. Everything else is text, pictures, and music. Editing will be fun, done in a day. Spook can handle it. Yes, Spook. That’s the name of my Black MacBook. Trust me, this little droid and I have been through a lot together.

Okay, so I’ve hired a good amount of trustworthy assassins and bounty hunters to find the ever-elusive Ray Cosico. And we’ve been doing so well with communication. It’s a pity it must come to this. The good news is that we are on target for the cover’s design and we have chatted and e-mailed ideas and layouts back and forth. This is not due until late June (for a mid-July release), but it would be great to finish the cover up by April/May.

Who Art In Heaven 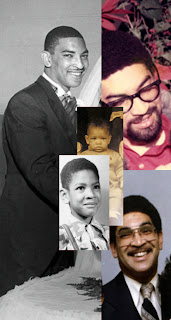