All stories are together in a 'body final' document. Intro and After pages have been added, and the cover has been recalculated for print. I will be sending the new 12 Stories High to the printer come Monday of next week.

All things are a go.

Finished the last edit for the final story today. All interior work will be done over the weekend, and then submitted come next week.

One more story to edit.  We at the Presidential Suite in this renovation.

s proof has been accepted, and the re-do for 12 Stories High is coming to an end. I'm on the last three stories. Code-47

as a title will be available again, new cover featured on all sites, and of course, if ordered at all bookstores.

For those of y'all who can't wait. Here is the new cover. I will be updating the site soon to accommodate the new look. 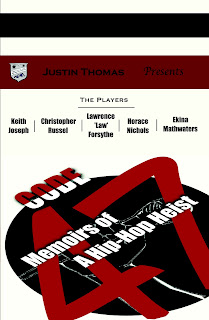 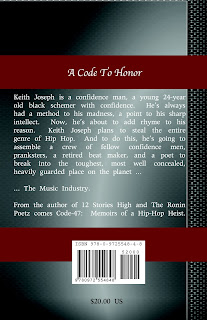 Code-47's proof has been generated, and I've seen the results. It looks EXACTLY as submitted, and that's a good thing. Once the proof is in my hands, and I can see for sure, it will be approved and then available for purchase.

Up next, 12 Stories High, and then the historical epic's giant release: A COMPANY OF MOORS!

It's a brand new day.

Cruising through 12 Stories. I just finished editing the 6th story and I'm off to the 7th. A Company of Moors is also being raked through. Since this is a final proof, there are few markups. The application of edits will begin next weekend.

The new cover to Code-47 has been accepted and the proof is being generated. I have not seen a thumbnail of the cover as it will look. The printer that I work with is doing scheduled maintenance for their site, and therefore I cannot get into my account, but I know the cover was accepted...but not before I had to recalculate and rearrange the page size. All things remodeled (covers, re-edits of 12 Stories High, and the website) will be revealed once A Company of Moors is on the shelves. All titles in their immaculate form, from The Ronin Poetz to A Company of Moors.  Then, I will rest. I promise.

There will also be a new commercial featured for the release of A Company of Moors. It will be posted on the website, featured on the social networking sites too. I have a ton of radio and blogtalk radio interviews lined up, and a friend getting me more.  Good lookin' out. Once all this is finished, you will be able to catch me spittin' rhymes to promote the second epic poem.

It's been submitted. Will reveal soon.

The 12 Stories High project is moving steadily. I'm falling in love with these stories all over again. And now that they're being 'digitally remastered', they are a blast to go through and make stronger. The first three stories were the most difficult (as it stands. I'm in the middle of story five). Enhancing the stories is not as exhausting as was writing them. I might be switching characters and plot, jumping from one story to the next, but I get to take a break. I don't feel like I'm quantum leaping and trying to figure out what's going on, which was probably the trouble when initially writing this book of 12 stories. It wasn't like going from chapter to chapter, seeing how the same characters would adapt to a new challenge, a continuing challenge, and what would shape their arc.

New characters. New story. No time to come down from the last story. Shake it of quick. Take the next at bat. WHOA. Again, I started 12 Stories in October of '05. It was published by May of '06. That really isn't a lot of time. Yeah, not all the stories were from scratch, but still. And I did not have a team behind me, it was just me. Now it's me, my powers are enhanced, got a small crew. Yeah, we're breaking into literature like Keith Joseph.

It's coming along wonderfully.  Man, do I have to apologize to the eight people that bought the book, especially the first print.  God that was horrible.  There was a mistake of 'waste' went I meant 'waist'.  That happened in the underground run of The Ronin Poetz too.  But a good edit was made in the second print, but not good enough.  It wasn't about grammar, it was about flow.

But this new, more focused, and team oriented edit is fucking spectacular.  Had to say it.  Amazing.  I mean, I'm handling the first edit run just to get the stories' rhythm in order, fixing (repairing) the flow.  Then the grammar proofreading and so on.  This won't take long.  Again, the stories are finished, now it's time to release them in Blu Ray.

Code-47 and 12 Stories High have their new covers finalized.  Code-47's cover will be applied next week or so, and ready for sale.  12 Stories must have an interior edit before the new cover is applied.  But, the covers look amazing.  Wish I knew how to manipulate this book cover program earlier.

Oh, and then there's this Moorish epic I've been working on.  Yeah, about that.  Well, A Company of Moors is in its last read through.  All edits from the proof have been applied and a final print out and proofing is in order.  It's looking good.

12 Stories High is going to be a project and a half.  I'm almost embarrassed I let this thing out.  I have to re-wire a lot of emotions running through that thing.  I'm tempted to not release anything (meaning A Company of Moors) until 12 Stories High's edit is complete.  But, as it stands, that might be true for the simple fact that I'm working on a story a day (or two).